The rebound in equity prices since March is certainly impressive. Since 23 March, the global equity index has risen by 35% in euro terms. Given the scale and speed of the market decline in February/March on the one hand and the interventions of the authorities on the other, a rebound in stock prices was logical. However, to see some markets recover a large part of their decline in such a short period of time is astonishing. How can this be explained? 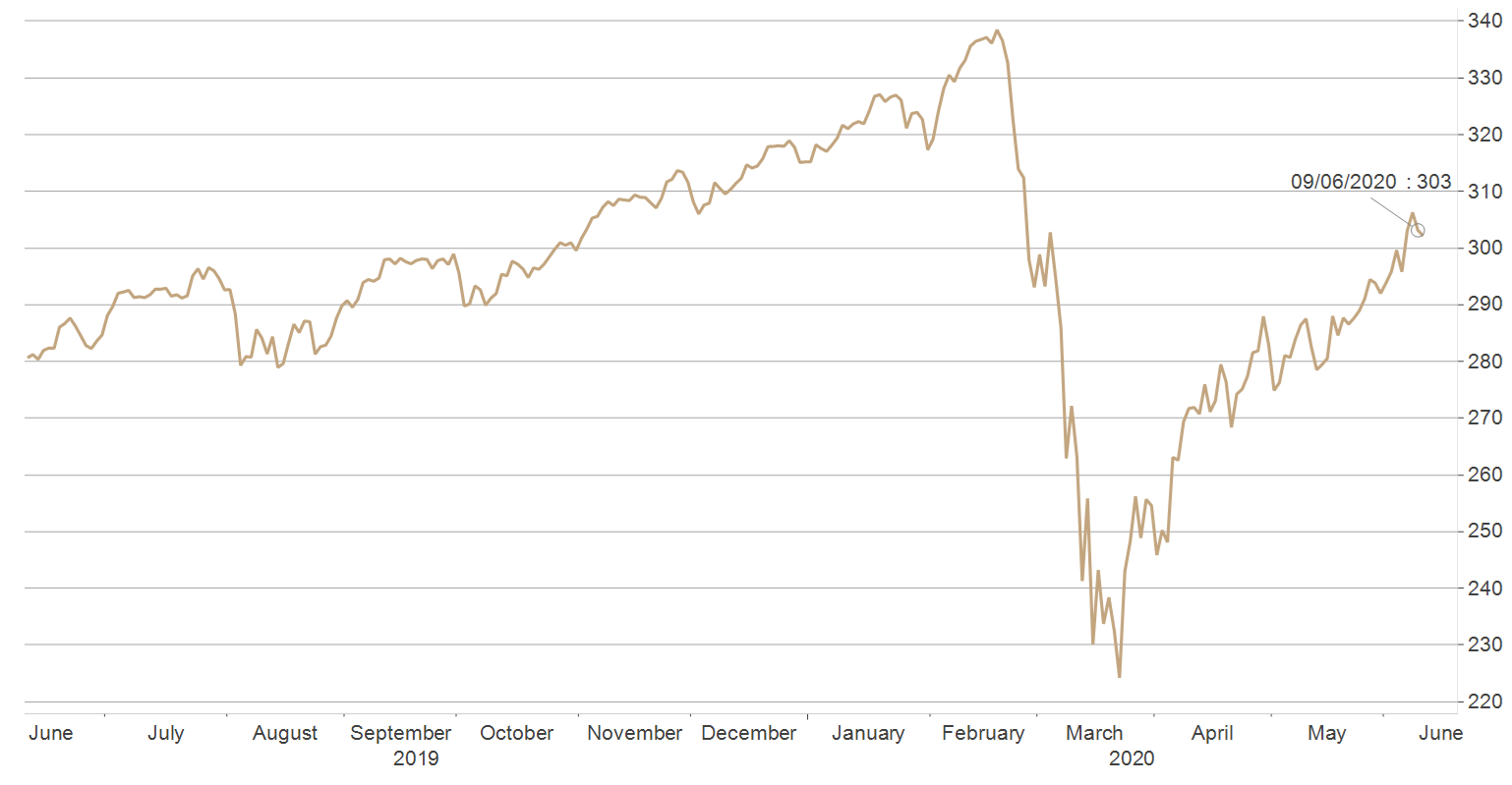 A first explanation is that there is no point in looking for fundamental reasons for this rebound. Investors are buying because the market had fallen significantly and they are used to seeing any decline as a buying opportunity. Especially since they know that central banks, starting with the Federal Reserve, are on their side. In addition, the economies are reopening, some recent economic indicators were better than expected (while the long-term economic damage is not yet visible) and the news on the coronavirus front is rather encouraging.

If, however, we want to go further and find a more fundamental justification for the upward trend in the markets, four possibilities seem to exist:

I have to say that none of these four possibilities really convinces me:

Unless one thinks that markets have entered an era where fundamentals no longer matter, the discrepancy between economic reality and stock market behaviour must lead to a certain mistrust of the latter.