Stock markets maintained the downward trend that began at the beginning of the year. Inflationary risks, exacerbated by the escalating conflict between Russia and Ukraine, put pressure on stock prices, write Guy Wagner and his team in their latest monthly market report "Highlights".

Global economic growth remains robust. After a slight weakness in services activities at the beginning of the year due to the sharp increase in coronavirus infections, most economic indicators are improving again. “In the United States, growth appears to be particularly solid, with household consumption benefiting from the strong acceleration in wages and business investment from high profit growth”, says Guy Wagner, Chief Investment Officer and managing director of the asset management company BLI - Banque de Luxembourg Investments. In Germany, the IFO activity indicator picked up considerably in February, suggesting that supply problems in the manufacturing sector are beginning to improve. In China, the public authorities are increasing fiscal and monetary support measures to avoid an excessively severe economic slowdown given the deceleration of activity in the real estate sector. In Japan, soaring commodity prices are likely to weigh on the current account and GDP growth due to the country’s heavy dependence on energy imports. “High inflation is the major risk to global growth in the coming months”, says the Luxembourgish economist, “especially as the escalating conflict between Russia and Ukraine is expected to further exacerbate the rise in energy costs.”

Inflation statistics continue to deteriorate. In the United States, the headline inflation rate rose to 7.5%, the highest level for 40 years. In the Eurozone, inflation also continued to rise, surpassing the record level since the introduction of the single currency that was reached last month. Thus, from January to February, the overall inflation rate rose from 5.1% to 5.8%.

The publication of the minutes of the January meeting of the US Federal Reserve confirmed the determination of Jerome Powell and his team to tighten monetary conditions in order to avoid the anchoring of permanently higher inflation. In Europe, the President of the European Central Bank adopted a more restrictive tone than expected at the first meeting of the Governing Council this year. Although monetary conditions were not changed, Christine Lagarde was no longer willing to rule out a first interest rate hike this year. She described a possible rate hike as an "option" depending on the evolution of price statistics in the coming months.

Government bonds sought after as a safe haven

In the first half of February, deteriorating inflation data extended the previous month’s rise in government bond yields. “In the second half, following the escalation of the conflict between Russia and Ukraine, government bonds were sought after as a safe haven and long rates began to fall.” Finally, for the month as a whole, the yield to maturity on the 10-year US Treasury note grew slightly. In the Eurozone, the benchmark 10-year rate rose in Germany, in France, in Italy and in Spain.

In February, the stock markets maintained the downward trend that began at the beginning of the year. Inflationary risks, exacerbated by the escalating conflict between Russia and Ukraine, put pressure on stock prices. As a result, the MSCI All Country World Index Net Total Return in euro terms fell. At the regional level, the S&P 500 in the US, the Stoxx Europe 600, the Topix in Japan and the MSCI Emerging Markets all closed lower. “At the sector level, only energy remained unaffected by the generalized stock market weakness since the beginning of the year, while the so-called growth stocks in the technology, consumer discretionary and communication services sectors were particularly hit”, concludes Guy Wagner. 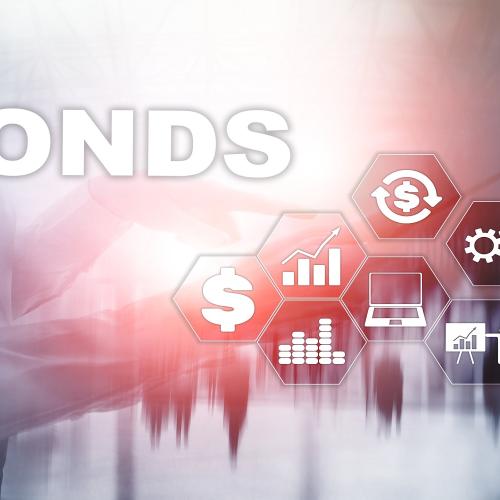 Guy Wagner
The outlook for global economic growth is deteriorating